It was a cold winter night, we were sitting on the floor in our practice room getting psyched up for the session, when someone put Black Sabbath on at 78 speed. What happened next is a little hard to explain, mostly because of the self-medication we had done a few minutes before the happening. The only way I can describe this amazing event is this:  We saw God. He stood before us and told us to start a band. He told us to call the band ParadoX. Then he handed me my guitar. As I reached out to take it from Him, He disappeared into the air like a puff of smoke. I slung the strap over my shoulder as my pick floated weightlessly up from the floor in front of me and found it's way between my thumb and index finger. I held the pick above my head as a toast to all things Rock and it began to glow. By  this time we had all found our way to our instruments and like some kind of freaky coincidence. We all struck the same chord and it rung through the land giving witness to this great beginning. That is ParadoX! 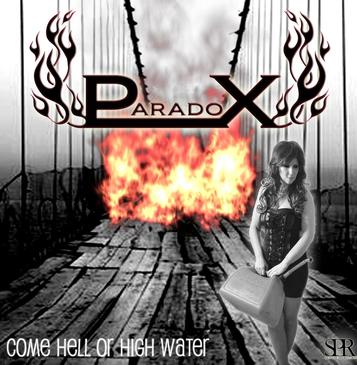 Formed in High School in 1987. We were friends long before creating some great music. We went our separate ways when life got in the way but reformed a few years ago after our lead guitarist passed away. We're back and better than ever! Sharing our classics as well as creating new music and gaining new fans!!

Welcome to the Big Rock Show you've been hearing about!! "There are a million bands calling themselves "Paradox" but there is only one that's worth listening to and you just found it!" - Jeff E Reed, CEO Stone Puppy Records